"I started with On Instagram, watch company Daniel Wellington shows amazing pictures of its watches. “Minimalistic and unpretentious. A timeless classic.”

It began, unlike many watches, with the strap. In 2006, Filip Tysander was backpacking through Australia when he met a wanderer named Daniel Wellington.

This was back before everybody had a smartphone, when people still wore a watch to tell time. Wellington’s stood out for its bracelet—a minimalist black-and-gray nylon band, known as a NATO strap, securing a chunky Rolex Submariner to his wrist.
After a few more chance encounters with Wellington between Melbourne and Cairns, Tysander became obsessed with the military-inflected accessory.

So much so that he went home to Uppsala, Sweden, and built a whole company on the idea, naming it after the stranger who inspired him. 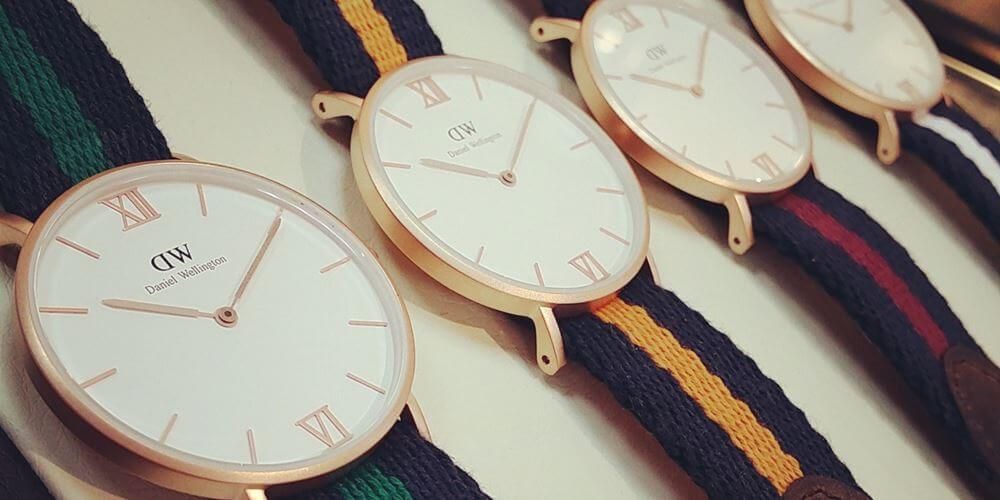 Daniel Wellington, or DW as the company is often abbreviated, makes watches that are both instantly recognizable and so generic they verge on invisible.

They come with polished-steel or rose-gold-colored cases, in five sizes from a diminutive 26-millimeter to a medium-large 40mm. The dials are all white, with slim lines marking each hour and hands just wide enough to be legible.

The only thing that noticeably sets DWs apart from each other is the strap, which comes in a half-dozen colorful nylons and a few leather options, none flashy enough to mar the luxurious look.

“Our watches are inspired by the upper echelons of the watch world but at a very accessible price point,” says Frans Sjo, business manager for the U.S. “It’s fair to say that we want everyone to be able to own a Daniel Wellington.”

Four years ago, Tysander invested $15,000 to start the company. In 2014 it sold more than a million timepieces and took in $70 million.

Beyond getting the styling right, Tysander picked a good moment to build a watch brand. After dipping during the financial crisis, the industry has grown every year since 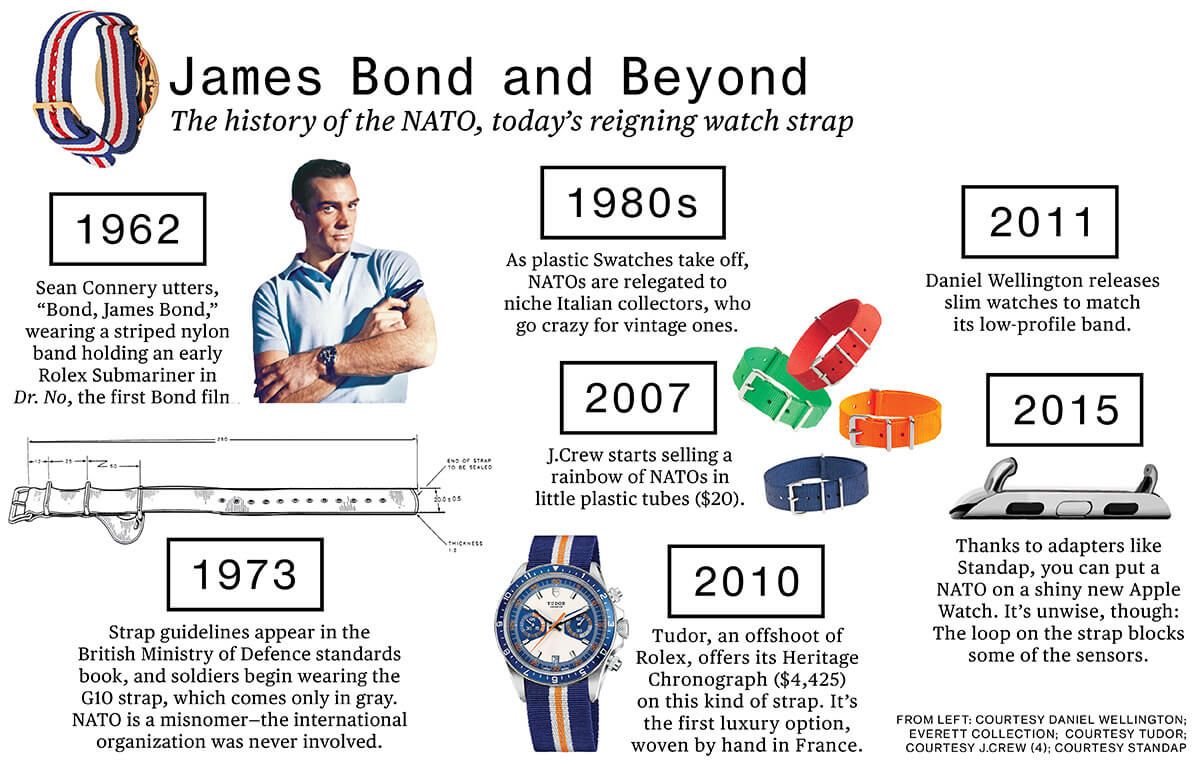 Although DW bills itself as a Swedish company, the watches are manufactured in China, which is how the company keeps prices so low.

The internal quartz movements—a battery and vibrating crystal to keep the time, essentially—come from Miyota, a Japanese supplier popular with lower-price brands, because their products are reliable and they always have a massive inventory.

The rest of the components are made and assembled in Shenzhen, a manufacturing hub.

The distribution is similarly international. At first, Tysander began selling the watch online in Sweden and through local storefronts.

A year later he came to New York to find American partners, and now the watches are carried in major department stores such as Bloomingdale’s and Nordstrom, as well as at niche fashion boutiques including Haberdash in Chicago and Lizard Lounge in Portland, Ore.

There are now more than 5,800 partners worldwide, in places as far-flung as Kazakhstan, the Faroe Islands, and Andorra. Tysander says he wants to expand into places such as Africa that are underserved by the watch market.

The company also has a habit of giving its product away for free, specifically to social-media stars and prominent personalities.

Tysander refuses to pay for traditional advertising, instead working with thousands of bloggers, celebrities, and other “influencers” worldwide. 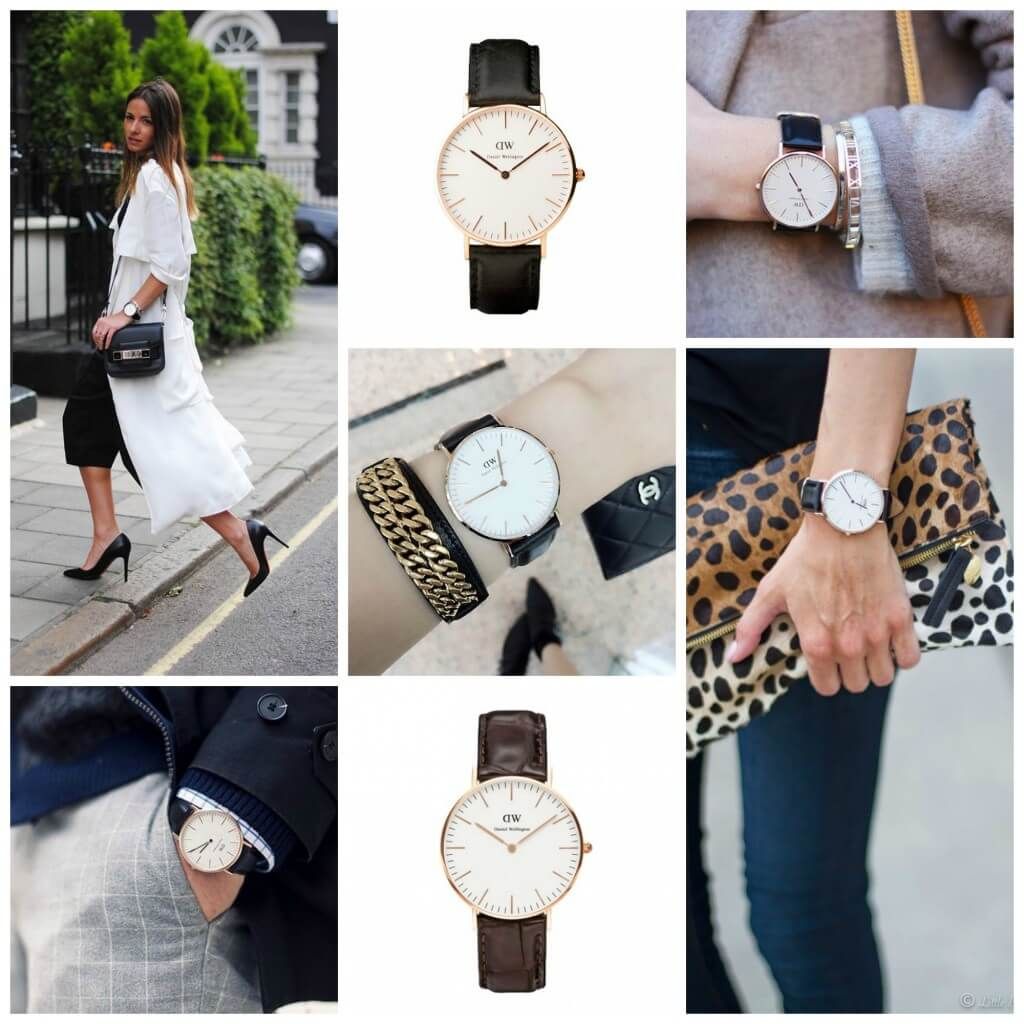 One of them, Blake Scott, 27, has been collaborating with Daniel Wellington for a little more than a year, sharing the watches with his 318,000 Instagram followers.

“I first found out about Daniel Wellington via Instagram: Everyone outside the States was wearing one, and it seemed so cool,” he says.

Soon after, someone from the brand reached out and said he wanted to give Scott a couple of watches to post on his feed. Eventually he negotiated a deal with the company, which paid a few hundred dollars for a multiweek campaign.

By being so blatant on social media, Daniel Wellington’s Instagram account has gained more than a million followers, almost quadruple that of competitors MVMT (238,000) and Fossil (236,000).

But a plain watch gets boring after a while. So, in April, Tysander announced Daniel Wellington’s latest style, the Dapper, its most complicated watch yet.

And, at $299, its most expensive. It has black Roman numerals, instead of the typical stick markers, and a date window, a first for the brand. Instead of gold, the hands gleam metallic blue.

And, in the gravest departure yet, the company suggests wearing it not with a NATO strap but a more sophisticated leather band.

So, it is right to say that in the same way that brightly colored plastic Swatches dominated the 1980s and utilitarian Fossils took off in the ’90s, Daniel Wellingtons own the current decade.